We had a dozen ears of corn in the fridge a few weeks ago and were sick of corn on the cob, so I started searching for interesting ways to use it. After searching for various combinations of ingredients we had on hand + corn, I found this: Chesapeake Corn, Tomatoes & Basil by Jennifer Segal and Once Upon a Chef. 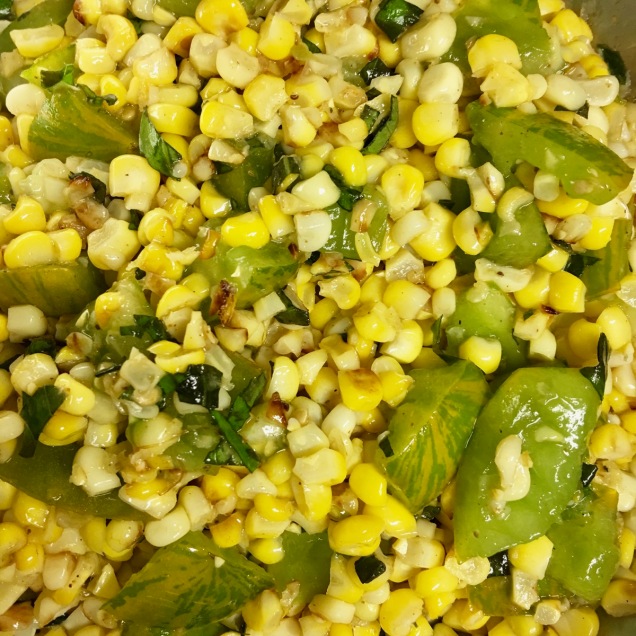 It was so good that we ended up making multiple batches of it. You can serve it either hot or cold. It makes a great picnic dish!

I made some modifications to Jennifer’s recipe to speed up the prep and cooking time. Here is my modified version:

It was around 6pm last Friday. The huge ribeye I picked up the weekend before had been in my sous vide for 3 hours. I was ready to start making my sides: Roasted potatoes and pan-fried brussels sprouts.

I just had one problem: I only had three small potatoes and one small package of brussels sprouts. I had used the rest of both earlier in the week and didn’t leave myself enough for another meal. I thought I had, but I was wrong.

I have almost nothing else in the fridge. Little in the pantry. We’ve already planned to go grocery shopping this weekend. If I hadn’t already cooked the steak, I would have ordered pizza or Chinese food. But the steak is already cooked, so now I’m stuck.

I started digging through the freezer and pantry to see what I had to work with:

Sure, I could roast the edamame with some oil and spices, but that is more of an appetizer, not a side dish for this beautiful ribeye:

After about 10 minutes of furiously searching, I found something that seemed to fit the bill: Potatoes, Green Beans, and Corn with Lemon-Brown Butter Dressing from The Kitchn.

I’ll admit, I was skeptical. Would a mixture of potatoes, beans, and corn actually be good? I decided to go with it, though, because I had no other options. I also didn’t really have enough potatoes to make the full dish, so I decided to cook a cup of quinoa to toss in the mix. As you know, I rarely follow recipes.

When I tasted it, I was pleasantly surprised. The lemon-brown butter sauce changed the whole flavor of the dish. It was delicious. Both Amanda and I ate huge helpings at dinner and we gladly ate a bowl of it as a snack a few days later.

After one taste, I decided that I want that lemon-brown butter sauce at least once a week this summer. That lemon-brown butter sauce is going to regularly grace our dinner table. I now know that it is called beurre meuniere. Parsley, shallots, or garlic make nice additions to it. It would go well with asparagus, cauliflower, broccoli, white fish, green beans, or even as a light pasta sauce.

I don’t forsee us needing green beans, corn, and three potatoes to swoop in and save the day any time soon, but I’ll definitely make this again in the future. We’re definitely making that sauce again. Probably next week.

Do you want incredibly easy, delicious, self-buttering, minimal clean-up corn on the cob? If you have a sous vide circulator, look no further. 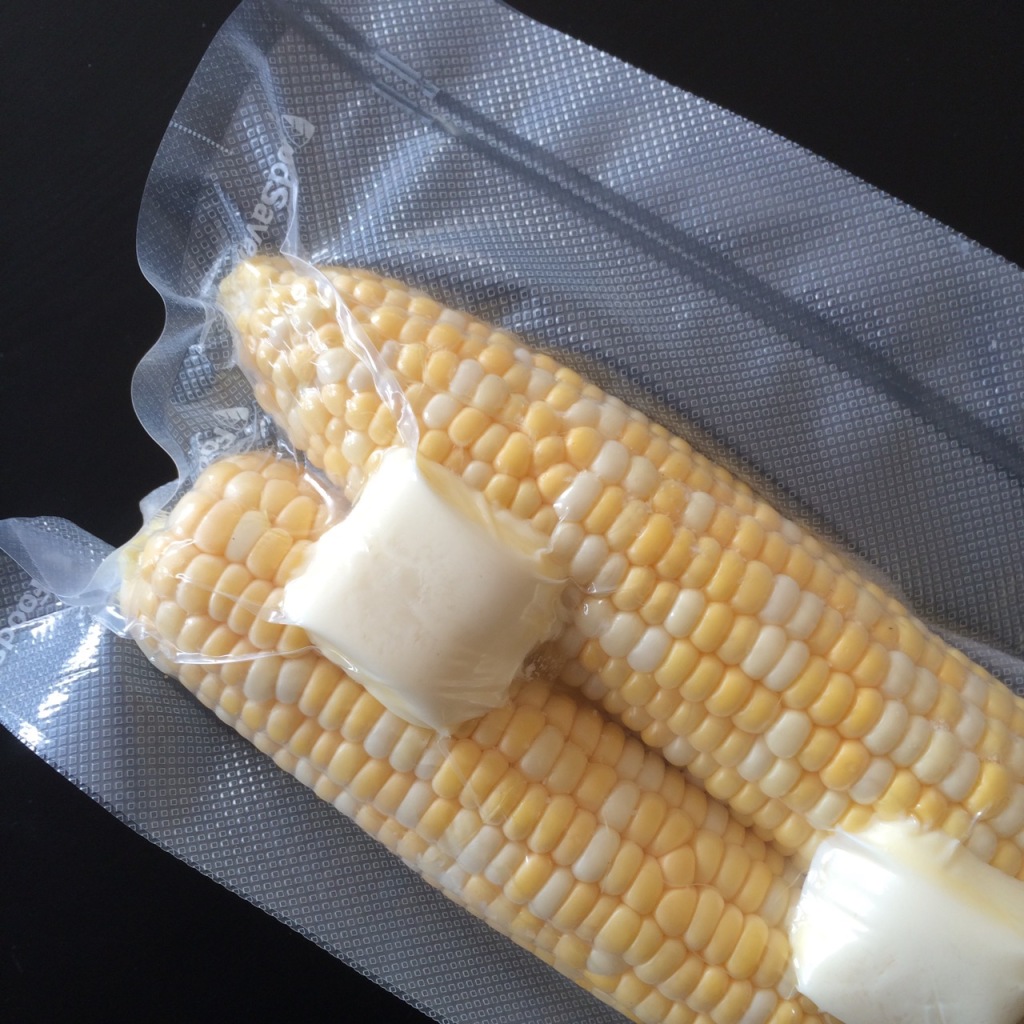 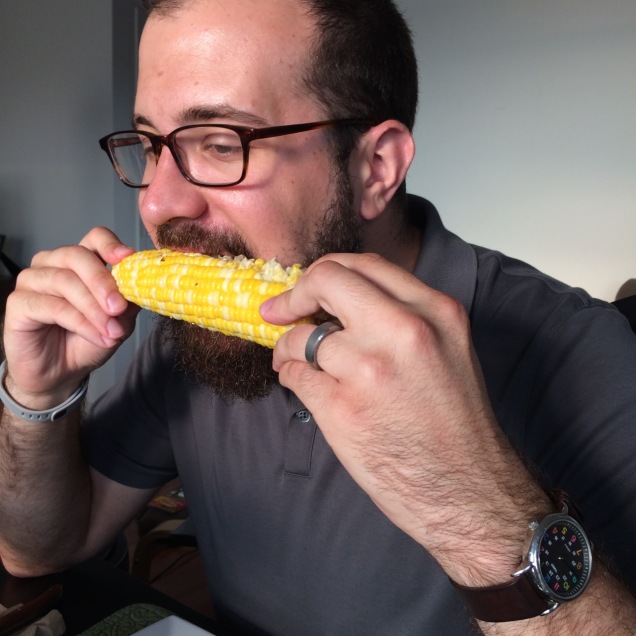