Jerusalem Artichokes, also called sunchokes, are the edible tubers of a particular species of sunflower with the same name. They are found in the eastern half of the United States. Once cultivated as a popular food source by Native Americans, this ginger-resembling tuber rarely graces the table of Americans anymore.

Here is a photo of the plant 🌻 they come from, courtesy of Pinterest:

<<<
rst encountered these last year in my CSA. I didn’t quite know what to do with them, so I tried putting them in a root vegetable mash. It was terrible. I don’t think it was the particular fault of the Jerusalem artichokes, it isn’t something I want to try again.

This year I tried something much better: Roasting them. The skin is completely edible, the flesh breaks down to the consistency of a soft, mushy potato, and the edges caramelize nicely. They have a slightly sweet, somewhat nutty, earthy flavor.

Fun fact: Jerusalem artichokes are about 3/4 inulin, so if you are a diabetic, you’d do well to substitute these in place of potatoes 🥔 in your meals a few times a week. Inulin has minimal impact on blood sugar. 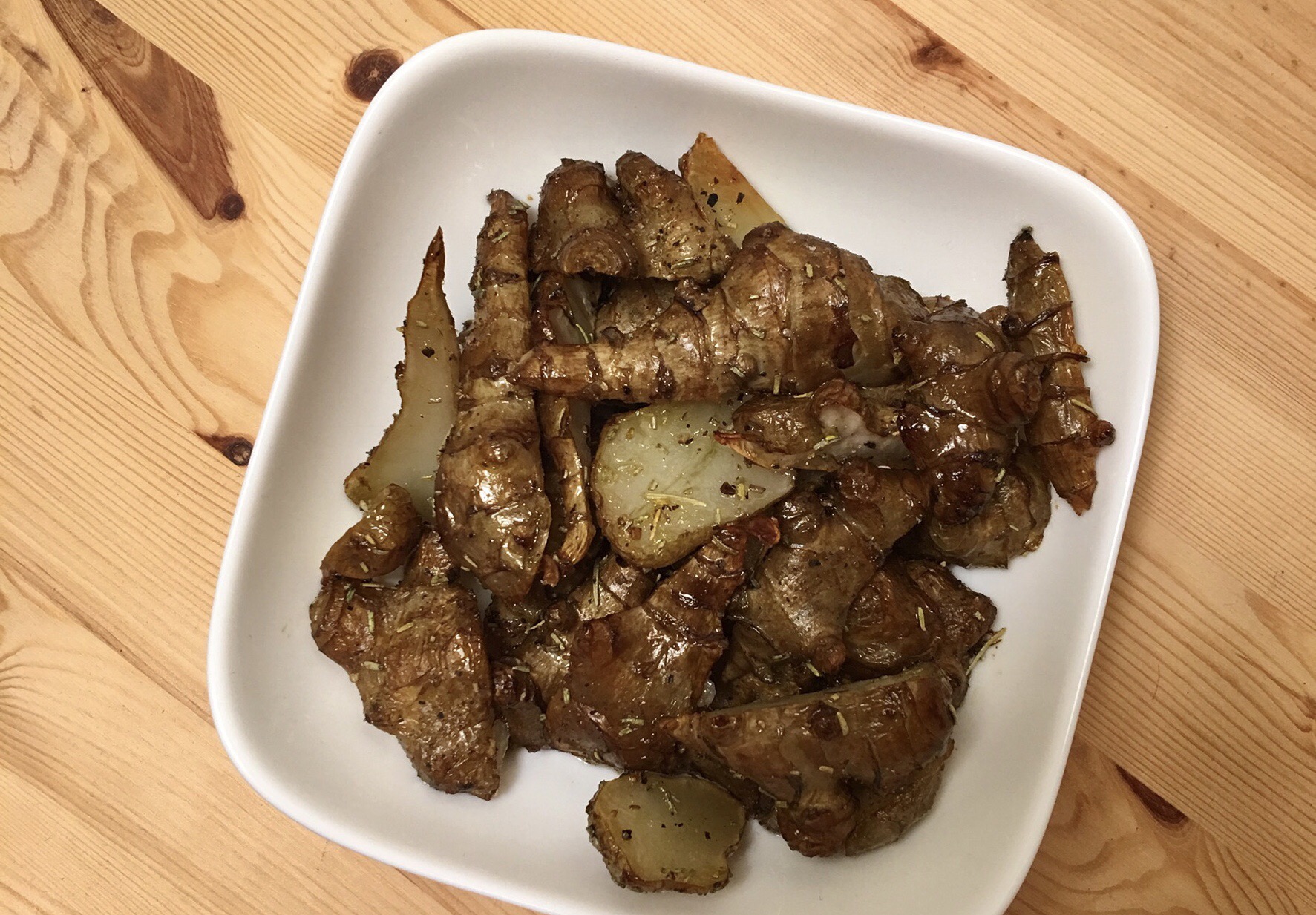 Other flavors I think would work well with Jerusalem artichokes: