This weekend I had one of the best drinks I’ve made in months. It takes a little bit of patience, but it is totally worth it.

I bought some charred oak staves from Tuthilltown when we were up there two weeks ago and promptly put one to work aging a Negroni. 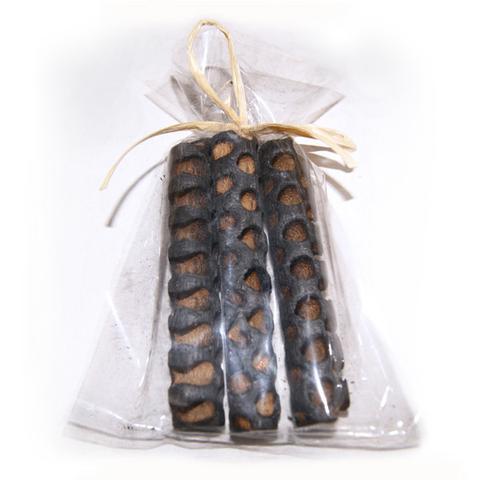 I mixed up 8oz of Plymouth gin, 8oz of Campari, and 8oz of Carpano Antica, my favorite sweet vermouth, and poured it all into a bottle. I tossed one of the staves and put it in the cabinet.  I left my typical addition of orange bitters out because tincture bitters don’t scale as easily as other liquors. Instead, I add a few dashes directly to each glass before serving. 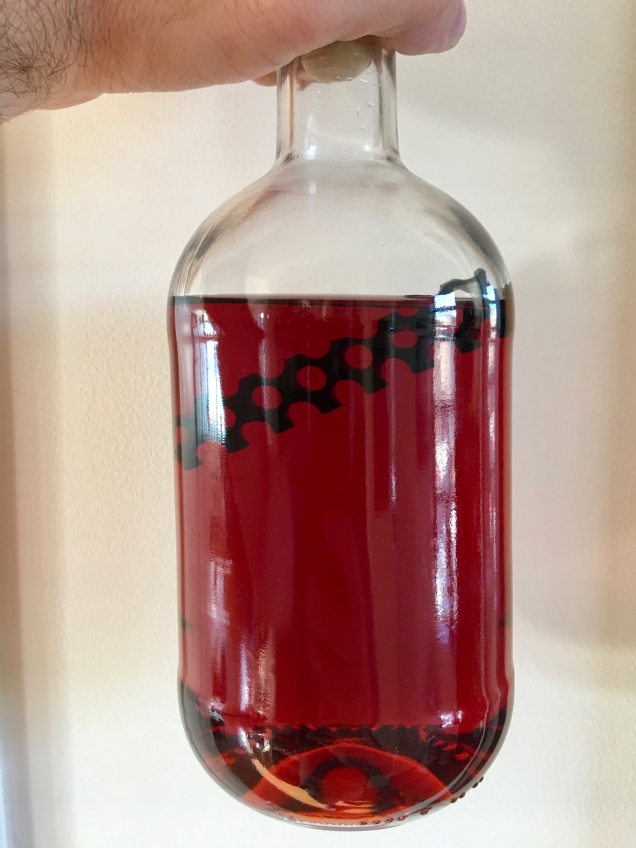 Every 2-3 days I got the bottle out and inverted it a few times to mix it up. It got slightly darker of the course of two weeks, but not a ton. After about a week, the stave got saturated and sunk to the bottom.

I tested out the taste after two weeks with a friend who came to visit and I was very pleased. The bitterness of the Campari was rounded out a bit by the caramel/oak/vanilla flavors and the carbon took the edge off the alcohol.

As usual, I served it in a Mazama Negroni glass with clear ice from the Studio Neat Ice Kit, added 2 dashes of orange bitters, and garnished with an orange peel. 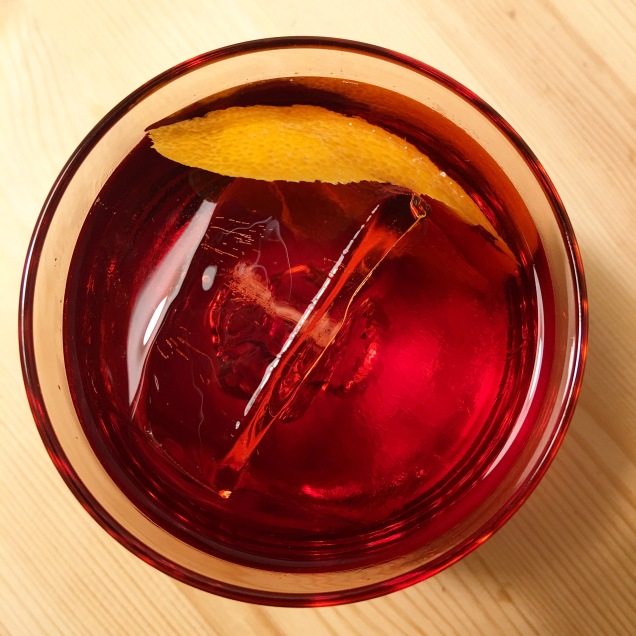 I have two more of the small charred staves to use, but I’m thinking of buying a few toasted and raw staves from Add Oak to experiment with. I’ll cut them down to size here at home and add varying levels of char.

Update September 30, 2016 – Reporting back on 4 weeks of aging: The sharp points in the drink continued to mellow out and the drink picked up some slight caramel and smoke flavors. Pretty good, but not radically better than 2 weeks, so if the time tradeoff is a concern, drink it any time after 2 weeks.