Cheese on tacos is usually boring and bland, but it doesn’t have to be that way. Cheese has some pretty cool properties: It can be melted and crisped.

I regularly tweak my taco meat recipe, so last week I was searching for inspiration while I probably should have been working. I stumbled across an article from Serious Eats where Josh Bousel argues that we are going about cheese on our tacos all wrong. Instead of  just sprinkling cheese on our tacos like n00bs, we ought to melt our cheese directly to the tortilla. You should read his article.

Breifly, you melt the cheese in a non-stick pan and then throw down a tortilla (corn works best) over half of it. Once the cheese starts to crisp and the tortilla is warm, remove the pan from heat and carefully slide a spatula under the tortilla and cheese to remove your new creation.

It works on breakfast tacos and regular tacos alike, as well as with a variety of cheeses. The cheese is crispy and crunchy around the edges, still a little gooey on the tortilla, and has a deep, rich flavor.

Read Josh’s recipe on Serious Eats, then run to the nearest kitchen and give it a try! 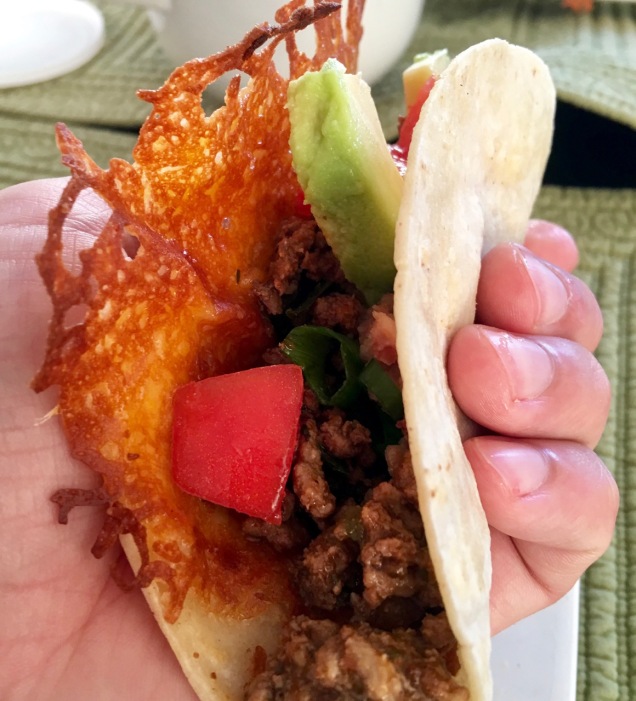 5 thoughts on “Rethinking Cheese on Tacos”