Most maraschino cherries are bright red, sickly sweet, and drowning in red dye and corn syrup. Not something you want to put in your cocktails. Luxardo cherries are another story, but they are pretty expensive as far as garnishes go. Since cherries are in season right now, I thought I’d pick some up and make enough maraschino cherries to last until this time next year (or to give out as host gifts with a bottle of rye around the holidays…)

The cherries turned out wonderfully for me. They are great in an Old Fashioned or a French 75. I had a couple Old Fashioneds this week with mine:

I recommend letting these cherries sit in the jar for at least a week before you crack it open and start using them. Enjoy! 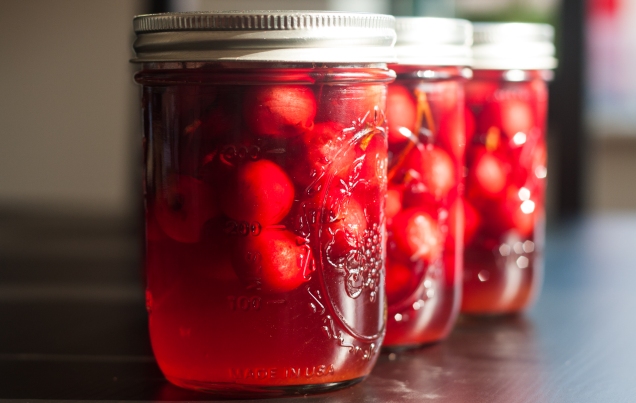 These cherries age very well. They firm up, darken, and retain their flavor. Here they are a year later: 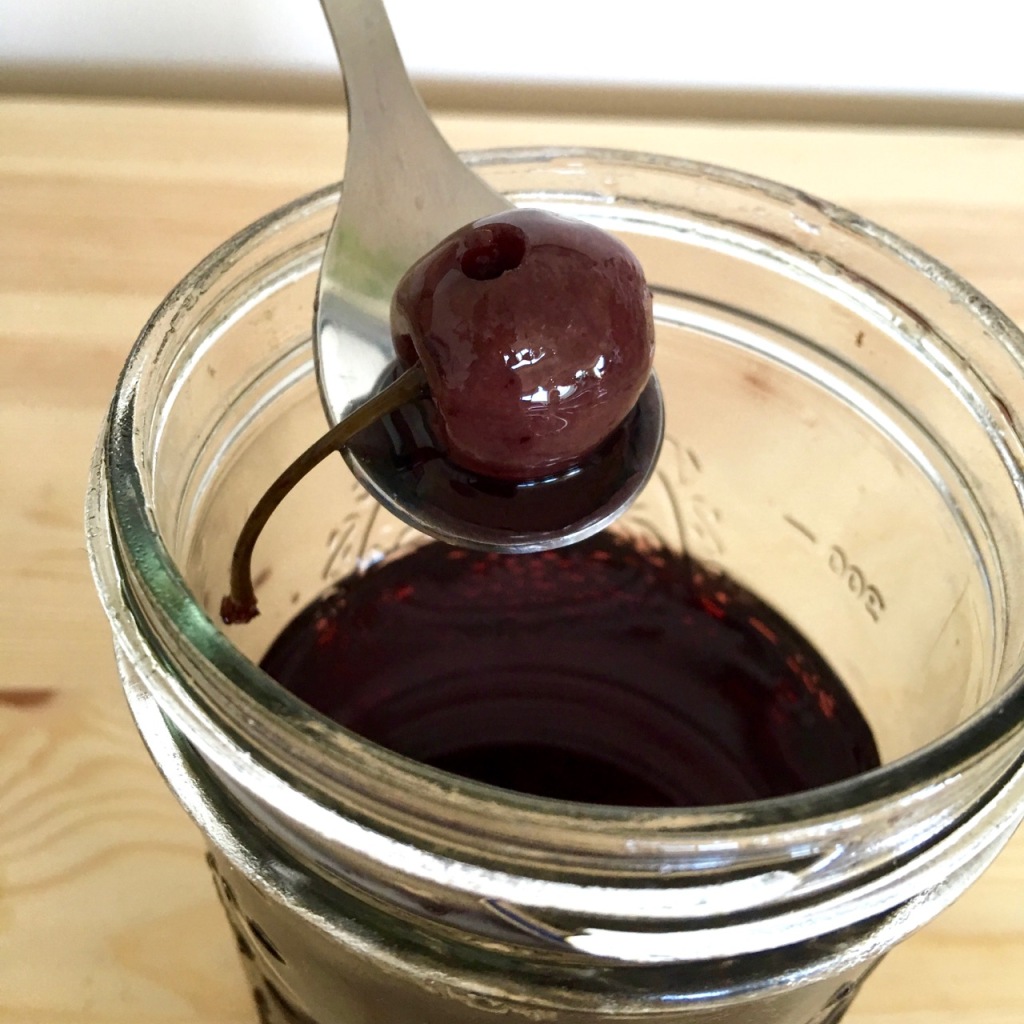