Do you have a bunch of radishes that you don’t know what to do with? Try making this delicious topping for your next batch of tacos.

I came up with this after buying a container of beautiful radishes from the local farmers’ market, only to return home and discover that we already had a full bag in the fridge. After making a batch of quick pickles out of them, I came up with this to put on our tacos. Amanda and I liked it so much that we ate it two nights in a row.

Grate the radishes, chop the cilantro, and slice the green onions. Mix these together in a bowl and squeeze the juice from 1/2 of a lime on top. Mix it again and let it sit for 5 minutes. 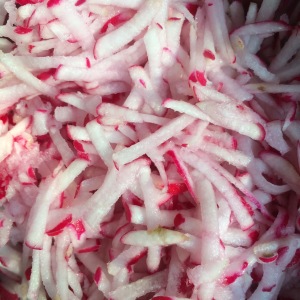 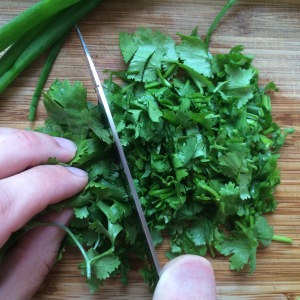 This makes a great topping for chicken tacos:

One thought on “Radish Cilantro Slaw”